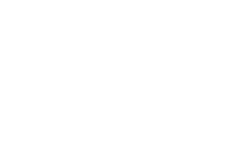 How to set up Chess Board – The Comprehensive Guide

How to set up Chess Board? First of all, let’s talk a little about chess.

Chess has been around and played for centuries, some people find the game interesting and some just play for fun.

If you want to play chess, the first thing you need to know is how to set up a chess Board.

This Guide will show you how to do that.

How to Play Chess?

Every pie in chess has its own rule and own space to move to and they cannot take other pieces’ space.

The following steps will show you how to move every single chess piece.

How to move the King in Chess?

The King moves one square in each direction and is considered the most important piece in chess as well as the weakest.

How to move the Queen in Chess?

How to move the Rook in Chess?

The Rook can move only in a straight line and it can go as far as it can, just not outside the box.

How to move the Bishop in Chess?

The Bishop mores diagonally and as far as it can.

How to move the Knight in Chess?

The knight is the only piece in the whole chess which moves one square in one direction and two in the other, and in the end, it will make a shape of “L” on the chess board from its original place in any direction.

How to move the Pawn in Chess?

Pawns can move in different ways: they move forward. Pawns can only capture diagonally.

Pawns can only move forward one square at a time, but the Fist time they can move two places and it is up to the player.

How to Get the King out of Check?

The check is a word used when you are on the verge of losing a game, or the other way.

1:Move the king out of the way.

2: Place another piece in the way of check to block it.

3: Capture the price that is about to check the King.

Read More: How to delete albums on iPhone – The Ultimate Guide – Nerd Or Geeks